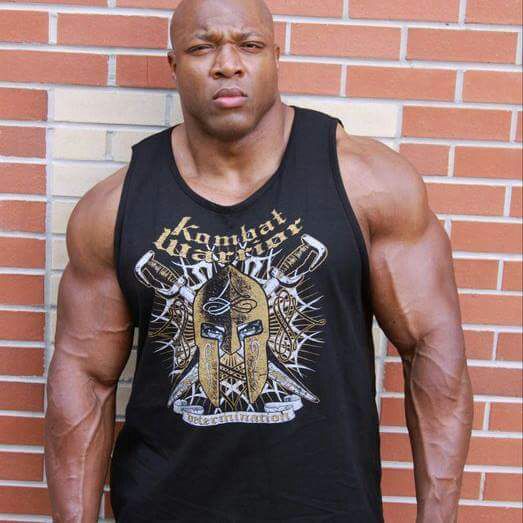 When I attended the Ben Weider show this year, I had the pleasure to see many incredible athletes.
Now Phil Clahar is something else, one of a kind, I wish you had been there to see it for yourself.
As soon as he got on stage, there was no doubt who the overall winner would be. The way I remember it, the whole room held their breath for a second that seemed an eternity when he got on stage.

Despite the high level that everybody brought, Phil was the indisputable winner. His impeccable aesthetic was something from another era.
This no-nonsense guy is clear on his goals and how to achieve them

Now don’t be fooled by his size, Phillip Clahar aka the Jamaican Tank, is approachable and always up for a conversation with everyone. 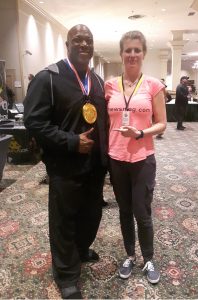 At the competition that saw him turn Pro, his family, his wife, mom, sister and friends were there to support him. He pretty much had his own fan club there, and his routine reminded me of real showmanship. He had presence, was having fun, and interacting with the crowd. His routine was unique and yet classic. He was there to win and he made sure we knew it.
Phillip Clahar is 6’1, and 43 years old. At the Ben Weider, he weighed 252 lbs. 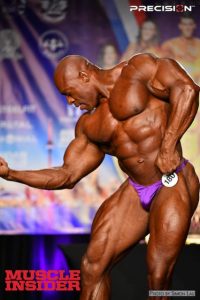 Before the Weider’s, he had competed in Aruba 11 weeks prior, at 265 lbs. Thru the years he has practiced martial arts and has been a National Level wrestler.

How did you become so comfortable on stage?

’’ It took me a while to be comfortable on stage, I wasn’t like that at first. I gained stage presence when I decided to move to Florida. I was a very serious guy and my trainer told me I had to be more flamboyant on stage and look happy to reach the audience and entertain the crowd. I think that back in 2008 and 2009 that is when I established myself as an entertainer on stage. ’’ 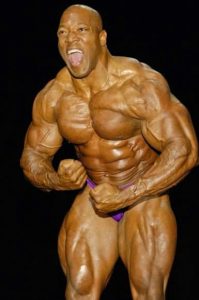 How do you pick the competitions you prep for?

’’I was never the type to be a trophy collector. A lot of people do a lot of competitions to collect trophies, my mentality was to develop a physic where I didn’t have to do a lot of shows. So I would target competitions that would give me more publicity, so I did four shows, and then I met my wife and decided to move to Florida. Here we have bigger venues for bodybuilding and I decided to come here to try to move up more in the sport. ’’

How many shows have you done so far?

’’In total I did 9 shows including this one.

In 2008 I won Mr. Florida and then I went on to Jamaica in 2009 and then to Grenada, so roughly two shows a year. I took an 8-year break between 2009 and 2017. So the Aruba Show was basically my comeback and this one (the Ben Weider show) was basically the rewarding show. 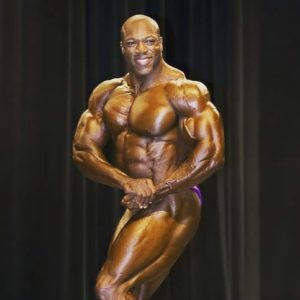 What made you decide to take such a long break, any health reasons?

’’Health will never be an issue for me because I am an all-around guy, so I make sure to stay healthy.   I took a break because I got frustrated with the politics of it all. There were quite a few shows that I should have won, no question there. For example, I wasn’t as crisp as I was in Toronto but I should have clearly won the Aruba Show. That’s why I went to Canada. I got very frustrated with the time that it was taking me and the politics so I decided to give bodybuilding a break. ’’

What made you decide to get back to competing?

“’I started coaching athletes, figure, bikini, and bodybuilders for shows, and I would watch them win World titles and move on into the Nationals and so forth, and a lot of people were approaching me on the street and asking me if I was a bodybuilder, and every time I would say: yes but I don’t compete anymore, I’m retired. I was walking around at 294 lbs at 10% body fat so a lot of people were constantly asking me about that, so eventually I said to my wife let’s give it one more shot, and we did it!

Don’t get me wrong I never lost the love for bodybuilding but what was taxing is that it was me and a bunch of other athletes that had to deal with the politics. I came back because of the love of the sport. If you don’t have the passion to love and thrive you will not come back. “

What do you do for a living?

’’My wife and I run our own business: Structured fitness, and I do remote training with athletes in different states. I also train boxers at my gym and a lot of women for self-defense. ’’ 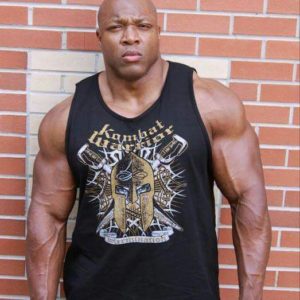 Now that you are a pro, what’s the plan?

‘’My main focus right now is to continue to develop my physic, with a little bit more muscle and focus on my pro debut. “

You have always prepped on your own for the competitions, and then Joel Stubbs stepped in before the Weider’s show. Tell us more about that.

’’Joel Stubbs became my trainer 12 weeks before the Ben Wieder’s show. I met him at the airport, on the way back from the Aruba Show, my wife insisted I go see him.  So I asked him if he could help me with my prep and it took off from there.

The crisp look that I brought at the Ben Weider show is probably the best shape I’ve ever been. That result is a hundred percent Joel’s work. I was more the old school mentality, and was doing things the old way. A lot of science-based things have changed during the break I took from the sport. I had the bases while I wasn’t competing anymore and he improved on that. He came in with the detailing and crisp look. I followed what I like to call the formula he gave me. I got to go bigger and better and without him I would not have won the BenWeider Legacy Cup. ’’

What do you mean by science-based things?

”The science side of nutrition, and he made a few tweaks to my program, he liked the way I was training, like the numbers I was using, he just tweaked a few things for the arms, hamstrings and glutes.”

Tell us about your nickname; The Jamaican Tank.

’’I actually gave myself this nickname! It started in Jersey, I am from Jamaica and if you look at most Jamaicans they’re not really big. So I came up with the name Jamaican Tank and it stayed ever since. ’’ 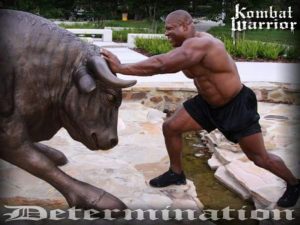 You are now an IFBB pro, what is next for the Jamaican Tank?

’’We are focusing on The Tampa Pro Show in August because I don’t want to wait too long before my pro debut and I want to qualify for the Olympia. Of course the top three qualify but my goal is to try to win the  show.

So the whole focus will be for the Olympia this year.

”To tell you the truth I just want to be on that stage. When I was a kid at 14 that was my dream. And all these guys such as Ronnie Coleman, just to be on that stage will be incredible. I am still trying to adapt, I honestly thought it would never happen, and I am just going to bring the best of the best and my main goal is to go to the Olympia stage and bring my best.” 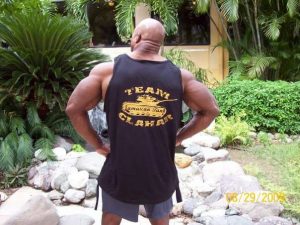 ’’I work 6 days a week, Saturday I train young football players. I really focus on the young athletes on that day so it’s about 6 days a week but Saturday is a short day. Sunday is church and family time, I don’t do any work. My workouts are Monday to Friday. ’’

Any advice for those still trying for the Pro card?

“’My main advice to everybody who is up and coming is not to do anything faster than it was meant to. Build your muscles maturity and take your time. Everything takes time. Build on your natural genetics and let everything come in. Find yourself with either a good coach or a good Mentor that is going to be nothing but positivity and think about your health. That’s the big thing, not to do any supplements or anything or pills that you do not need to do. Safety is key. And things will happen for you, on God’s time. “

You can find out more about Phillip Clahar and Structured Fitness HERE
Phillip Clahar is available for sponsorships
Follow him on Twitter and on Instagram
On Youtube for really cool training videos
On Snapchat: ifbbpro_pclahar

(this article is dedicated to the dear memory of Winston Roberts)

Fill out the form below
Compila il modulo sottostante